Since the beginning of manned flight, it has been recognized that supplying the pilot with information about the aircraft and its operation could be useful and lead to safer flight. The Wright Brothers had very few instruments on their Wright Flyer, but they did have an engine tachometer, an anemometer (wind meter), and a stop watch. They were obviously concerned about the aircraft’s engine and the progress of their flight. From that simple beginning, a wide variety of instruments have been developed to inform flight crews of different parameters. Instrument systems now exist to provide information on the condition of the aircraft, engine, components, the aircraft’s attitude in the sky, weather, cabin environment, navigation, and communication. Figure 10-1 shows various instrument panels from the Wright Flyer to a modern jet airliner.

Figure 10-1. From top to bottom: instruments of the Wright Flyer, instruments on a World War I era aircraft, a late 1950s/early 1960s Boeing 707 airliner cockpit, and an Airbus A380 glass cockpit.

The ability to capture and convey all of the information a pilot may want, in an accurate, easily understood manner, has been a challenge throughout the history of aviation. As the range of desired information has grown, so too have the size and complexity of modern aircraft, thus expanding even further the need to inform the flight crew without sensory overload or overcluttering the cockpit. As a result, the old flat panel in the front of the cockpit with various individual instruments attached to it has evolved into a sophisticated computer-controlled digital interface with flat-panel display screens and prioritized messaging. A visual comparison between a conventional cockpit and a glass cockpit is shown in Figure 10-2.

Figure 10-2. A conventional instrument panel of the C-5A Galaxy (top) and the glass cockpit of the C-5B Galaxy (bottom).

There are usually two parts to any instrument or instrument system. One part senses the situation and the other part displays it. In analog instruments, both of these functions often take place in a single unit or instrument (case). These are called direct-sensing instruments. Remote-sensing requires the information to be sensed, or captured, and then sent to a separate display unit in the cockpit. Both analog and digital instruments make use of this method. [Figure 10-3]

Figure 10-3. There are two parts to any instrument system—the sensing mechanism and the display mechanism.

The relaying of important bits of information can be done in various ways. Electricity is often used by way of wires that carry sensor information into the cockpit. Sometimes pneumatic lines are used. In complex, modern aircraft, this can lead to an enormous amount of tubing and wiring terminating behind the instrument display panel. More efficient information transfer has been accomplished via the use of digital data buses. Essentially, these are wires that share message carrying for many instruments by digitally encoding the signal for each. This reduces the number of wires and weight required to transfer remotely sensed information for the pilot’s use. Flat-panel computer display screens that can be controlled to show only the information desired are also lighter in weight than the numerous individual gauges it would take to display the same information simultaneously. An added bonus is the increased reliability inherent in these solid-state systems.

It is the job of the aircraft technician to understand and maintain all aircraft, including these various instrument systems. Accordingly, in this chapter, discussions begin with analog instruments and refer to modern digital instrumentation when appropriate. 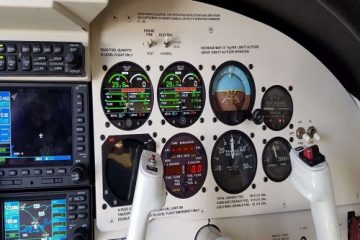 Pressure Measuring Instruments in AIRCRAFT INSTRUMENT SYSTEMS A number of instruments inform the pilot of the aircraft’s condition and flight situations through the measurement of pressure. Pressure-sensing instruments can be found in the flight group and Read more… 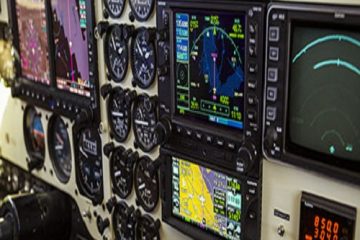 Classifying Instruments in AIRCRAFT INSTRUMENT SYSTEMS There are three basic kinds of instruments classified by the job they perform: flight instruments, engine instruments, and navigation instruments. There are also miscellaneous gauges and indicators that provide information Read more… 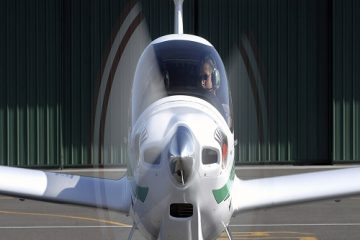